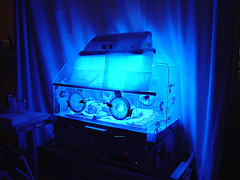 This is the fifth part of an adventure series where YOU determine the next step in the story. If you’ve been following the story thus far, you’ve probably noticed that I haven’t stuck to a strict schedule as I typically do. Unfortunately I’ve been dealing with other things that have kept me from being diligent about my schedule. So I understand if you’re asking yourself: where in the hell are we in this story?

The “parts” are short, so it’s not hard to catch up:

Part One: You and your team are on a suicide mission to infiltrate New Milwaukee. You don’t get the antidote you were sent for, but you do find the scientist responsible for the demon-human-hybrid virus sweeping through your city. You kidnap the scientist, then voted to head to the southwest exit toward the armory, medical suite, and garage.

Part Two: You exit the ladder shaft on the armory floor, hoping for some weapons. Unfortunately, you’ve exited into an ambush. You voted to run for it rather than jumping back into the ladder shaft.

Part Three: Your decision results in being trapped in a tiny room filled with occult training gear that you don’t know how to use. Before you can run out of the room to safety, the security forces outside decide the best way to deal with you is by unleashing a full demon to destroy you. You voted to stand and fight the demon.

Part Four: You shove a book into Tankwald’s hands and read the demon into submission. You make a hasty escape in the demon’s cage and set the demon on the security forces outside. You voted to escape through the quarantine zone.

And now, ladies and gentlemen, we continue with Part Five! Leave a vote in the comments below or on Twitter. Voting ends Saturday night.

You decide to head into Quarantine. You reinforce your grip on Tankwald’s wrist and yank him behind you, toward the closing emergency door on the right side. Tankwald, still in hysterics from the near-miss with the demon, isn’t helping you along. When you reach the orange striped area marked “Quarantine,” he pulls against you, trying to break free.

“We can’t go into quarantine! Even I’m not allowed inside!”

You don’t answer. There’s no time to argue. You need to escape this facility and you’re determined to bring Tankwald with you. Hopefully, New Milwaukee’s security forces are so occupied with the rampaging demon that you can make your escape unnoticed.

“Please let me go,” he pants. “I won’t tell anyone where you are. I’ll say you knocked me unconscious. Hell, feel free to do that if it makes you feel better!”

By the time you both reach the door, the armor plated slab is two feet from the ground. You dive for the narrow opening, pulling Tankwald with you. The slide through the door is a sloppy, painful affair, but you make it to the other side safely and pull the flailing scientist through. Just as Tankwald’s limbs clear the opening, the door seals, muffling the gunfire, shouts, and demonic tongue.

You stand and drag Tankwald to his feet. Before he can say more, you grab his wrist and start running. You see a security checkpoint up ahead—short posts bearing card readers. The security detail that should be standing guard is gone, probably recruited to deal with the demon.

You blow through the checkpoint, setting off another alarm that warbles an excruciating, high-pitched howl at regular intervals, accompanied by purple warning lights that flash against the orange walls. But no one else comes. This section has been evacuated. You continue to run down the long, narrow hall and pull the resisting Tankwald behind you.

You find the first door about thirty feet from the security checkpoint. Three large windows are set in the wall just after, to provide viewing from the hall. The door looks like an interior door but you make no move to open it, in case you catch a weird disease. Besides, all you want is an exit. As you run past the windows, you see a large, dimly lit room crammed with incubators. And babies. Wall-to-wall babies. Maybe this is a sick ward?

You continue on, pulling Tankwald behind you. His energy is waning, dragging you down like dead weight. The emergency alarm is still going, throbbing in your ears, and the lights are flashing. But you still see no one. There’s no one here but you, Tankwald, and those weird babies.

Sixty feet from the checkpoint, you pass a second door identical to the first. You’re so focused on finding an elevator or stairwell that you barely notice the windows.

A startled cry from Tankwald snaps your attention to the window. The room is larger than the first and crammed with incubators, though these are larger to accommodate the toddlers sleeping inside. You immediately see what Tankwald was reacting to. The sleeping children all exhibit deformities you’ve seen before: sharp black talons, small horns the color of new and flushed flesh, small leather wings, and more. You realize they’re grouped by the strains of disease that Tankwald created.

You aren’t surprised by the sight, just sickened. Humans have birthed so few children since the initial demonic invasion that they’re a priceless treasure. You can’t help but think of your niece who suffers from the same affliction, and you reaffirm your goal to bring Tankwald home and force him to create an antidote.

As you pull Tankwald past the windows and continue down the hall, you hear him sob. “They’re children…” His voice trails off for a second. “The virus I created was for soldiers—willing participants who wanted to become the next great evolution of mankind. They promised—”

You cut his sentence short by stopping dead in your tracks and whirling on him. His red-rimmed eyes widen in fright. “Do you know why I’m here?”

You shake your head. “To find a cure to your disease. My six-year-old niece is morphing into one of your demon-hybrid freaks.” You lean in close and fix him with a cold stare. He shudders. “I was advised that this was a suicide mission but I volunteered anyway. I didn’t find the cure, but I’ll do them one better and deliver you—” You turn away and clamp down on Tankwald’s wrist again. “—if I can find the way out of this damn place.”

As you continue down the hall, the alarm shuts off with a snap, leaving cold, startling silence in its place. The purple lights continue to flash incessantly. You pass by two more rooms but you don’t look inside. Tankwald says nothing about them, though you sense his horror and despair.

Just beyond the second room you spot a service elevator on the left wall. Relieved, you make a beeline for it and pound the up-button with your fist repeatedly. You can’t leave this hallway of horror soon enough.

“Wait.” Tankwald’s voice struggles to be heard, choking through tears and labored breath. “Look!”
You glance over your shoulder and look at a metal door that you thought led to another incubation room. A small sign reads “Control Room.”

You shrug, turn away, and resume pounding the elevator button. Just how damn long does it take for the elevator to get here? If you’re lucky, it will take you straight to the garage so you can get an armored vehicle and get the hell out.

“Please,” Tankwald says, trying to pull his arm away. You hear him trying to wrestle the control room door open, but it sounds locked. “Help me,” he says. “There’s a self-destruct code built into the machines.”

You pause, fist in midair by the elevator button, and you turn to him. “Pardon?”

“In case of invasion,” he explains. “We don’t want the technology falling into enemy hands. We can destroy all the machines.” Tankwald starts throwing his thin body against the door, trying to break it down. The desperation in his voice is clear. So are his tears. “Please help me.”

Behind you, the elevator chimes. The doors open.

Tankwald throws himself against the control room door again, but a thunderous sound overshadows the one he’s making: the demon is pummeling the security door. Another deafening slam suggests it will be through within minutes.

What do you do?

Don’t forget to vote! Leave your vote in the comments below or send me a message on Twitter. Thanks, guys! Hope you’re enjoying our latest adventure.

10 thoughts on “The Cure: Part Five (Vote Your Adventure)”