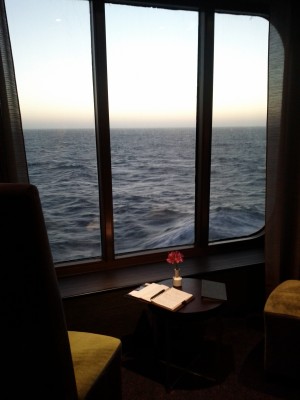 December 4 marked a very important milestone for me: the anniversary of THE FOURTH CHANNEL release.

When I look back on the last year, a scene from the movie “Tin Cup” comes to mind: Kevin Costner plays a golf pro at a small town driving range. When he enters the US Open, the attention causes him to develop a glitch in his swing and he’s completely unable to hit the ball. He manages to hide his problem, but privately he’s having a crisis, trying to fix his swing so he can play. At one point, he’s standing in his RV, decked head to toe in tacky, plastic golfing gimmicks that he once eschewed, when his love interest, played by Rene Russo, walks in and catches him in his most humiliating moment.

This last year has felt a lot like that moment.

When I first wrote THE FOURTH CHANNEL, I had no idea what I was doing. I wrote blogs and entertained my friends with (bad) video game fanfiction. The very first iteration of TFC was well over 200,000 words and had no plot.

I probably shouldn’t admit that, but there you have it.

At the time, all I knew was that I enjoyed writing and I wanted to get better at it. I had no plans to publish, much less tell anyone I was writing a book. I did it for fun. So, as soon as I got within three chapters of the book’s ending, I’d throw away what I had written and start over with a blank page. I rewrote the book about four or five times, just for fun.

If anything, I’ve learned to embrace the concept of a full rewrite.

What I hadn’t figured out was a book-writing process that worked for me. By the time I realized that I wanted to publish TFC, I thought that being able to produce books quickly didn’t matter because no one knew who I was and no one was going to read the book. My plan was simple: publish TFC and then spend as much time as I wanted to figure out the whole “author process” thing. The plan was pretty firm because I only expected 15 people to read TFC.

I got that in the first couple days and then some. I was more than a little surprised.

So, for the past year, I’ve been in this “Tin Cup” mode where I’m trying to act like I’ve got it all together, that I know what I’m doing, and I’m preparing to wow you with a sequel any day now, but behind the scenes I’ve been stressing out and trying every writing gimmick I can find. I’ve asked for advice from all of my writing friends, researched the habits of the pros, and even talked to strangers who are much more prolific than I. I’ve tried every method to write better and faster, no matter how bizarre. (And in case you’re wondering, the “writing in your underwear” thing doesn’t work at all.)

The good news is that I’ve started figuring it out. So, on the one hand, I’m really discouraged that I have no book to show you right now. On the other hand, I’m excited that things are starting to come together at last—and quickly.

So, let’s get down to brass tacks: where in the hell are we with the next Kari Hunter book? In January, the first chapters of the beta edition will start rolling out to my two trusty partners, Angela and Mark. As you know, they also helped me with the first book. We still have a few months before the Spouseditor gets a hold of it, and we’re considering throwing an additional person into the editing mix. I realize that sounds like a lot of work, but I promise we’re getting closer to the finish line.

As for the content of the book, I feel a mixture of excitement and terror. I’m just praying that the wait will be worth it and you’ll love it. I wrote TFC thinking it would be a one-off story that no one would read. And if you’re one of the many people who read TFC and loved it and you’re asking me, “Where in the hell is the next Kari Hunter book?” I thank you. More is coming, I promise. Stay tuned.

18 thoughts on “Where In the Hell is the Next Kari Hunter Book?”