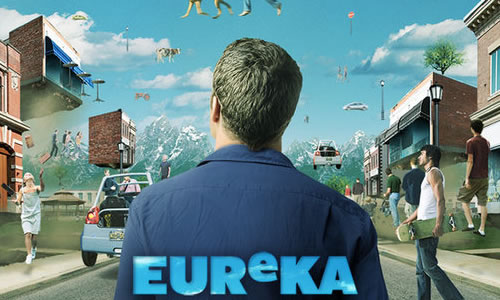 [spouseditor’s note] Muahaha! Jen is away and I’m posting part two early, just for you!

“I don’t know about this.” Jack bent at the waist, looking at the thin, silver spacesuit he had wrestled on. He thought he looked like a cheesy extra from Planet of the Apes. “Is this going to protect me from space cooties?”

Jack made a complete turn inside the small, square vestibule and faced Henry, who sat at a console on the other side of a thick pane of protective glass.

“I was kidding about the cooties,” Jack said.

Jack opened his mouth to interject, but before he could say anything, Henry continued.

“Now listen, Jack. We’ve sent lots of people to the moon with our Instantaneous Molecular Traveler, and the suit is an integral component. When you arrive at your destination, the suit will put the molecules of your body back together the way they are now so you don’t end up inside-out or with an arm coming out of your forehead.” He pressed another button and the lights glowed a soft blue. “Plus, it will expel your bodily fluids and solids when necessary.”

“That’s why it’ll be a little uncomfortable to sit. When you crouch, the hose will touch your…” Henry gestured with one hand, waving it in the air as if attempting to draw the proper word from the ether. The word must not have materialized because after a moment he shrugged. “You know.”

“No, I…” Jack bent slightly at the knees. A hard plastic tube bonked against his buns. He yelped and stood, thrusting his pelvis forward, away from the tube. A cold, plastic cup graced against his nether regions, ready to receive.

Jack yelped and stood straight as an arrow, being careful that his most personal possessions weren’t touching anything. He glared at Henry. “Not cool, man. So now what happens when I have to go? The pee just…” He waved his hands in the air, reflecting light off of the silver gloves and into his eyes.

Henry sighed into the microphone, distorting the speakers. “It just goes out into space.”

Henry punched a few more buttons on the console. The glass beneath Jack’s feet lit up, illuminating a large metal box on the floor before him. A soft whirring filled the room.

“So my poop might make it back to Earth and fall from the sky?”

“No, though it would be convenient for it to burn up in the atmosphere. Unless you expel an object strongly enough to break the moon’s gravity, it will stay up there.”

Henry punched a few more buttons. The whirring grew louder. “So you remember what to do, right?”

Jack nodded at the box on the floor. “Yeah. Get into position and push the giant red button on the side of the box. The gizmo inside will do the rest.”

A low rumbling shook the room. Dust filled the air.

“What was that?” Jack demanded.

“The root must be growing! If we don’t act fast, it’s going to uproot the whole town.”

“Well let’s get going. Beam me up…” His words trailed off as he considered the prospect of his molecules being rearranged. “Scramble me?”

“Exactly. I’m going to send you to our Matter Receiver at Area 1.”

“Like Area 51? Aliens and UFOs and stuff? Am I in danger of a close encounter?”

Henry’s hands paused from their furious button-pushing and his head snapped up. The playful look that usually danced behind his eyes was gone, replaced with a stern glare. “Area 1 is where we made first contact with alien civilizations. Most artifacts present at the meeting were moved to other sites on Earth for study—Areas 2 through 51. The alien ambassador is stationed there and we use the site for ongoing diplomatic relations.”

“Just don’t touch anything, Jack. You’re only in danger if you come into contact with the artifacts.”

“Why? Will they activate and destroy the earth?” His eyes widened. “Or, I know, it takes control of my body, like a Pod Person!”

“No, it’s because Elvis doesn’t like anyone touching his stuff.”

Jack tried slapping a hand to his forehead, but his hand ricocheted off the plastic helmet, adding to his frustration.

“Seriously, Henry? First poop jokes and now alien Elvis? How ridiculous is this parody going to get?”

“We’re about to find out!” Henry punched a few more buttons on the control panel. “Here we go!”

The blue light intensified to near blinding levels. Jack crossed his arms and hands over his helmet, trying to shield his eyes from the light.

“Are you sure I’ll be okay?” he shouted.

Jack suddenly felt very tingly. He suddenly did not want to go.

The sound faded along with the noise. The tingling stopped. Jack blinked and turned around, trying to adjust to his dim new surroundings.

He stood in a depressed circle on a shiny, cream floor. The ceiling seemed to be covered in the same shiny foil as his spacesuit, though it also had peachy-pink patches that pulsed with a faint glow. The room was too dark too see the walls, but he could make out boxy shapes scattered around the room. He assumed they were some kind of cool alien furniture. At his feet was the silver box that Henry had entrusted to him. As far as Jack could tell, it had also arrived in correct order.

“Jack, can hear me? I repeat, are your ears still attached to your head, or did they migrate to your elbows?”

Despite being a quarter million miles from Earth, Jack could hear Henry loud and clear, though he could tell their messages were being delayed by a couple of seconds.

“Yeah, I hear you, Henry. My ears are fine.” He paused. “Were they ever in danger of being attached elsewhere?”

Jack shook his head. “Whatever.”

Movement from his left startled him. He jerked, trying to face what he imagined would be a slimy, slobbering, toothy, alien menace. Unfortunately, he forgot that his new environment had lower gravity, and the attempt at sudden movement pushed him off the floor and sent him rocketing off to the side.

As he spiraled around in the dark space, he finally came face to face with the alien threat—a furry ball, about the size of a grapefruit, floating by. It ejected a pink gas in order to turn and face him.

The thing had a head. A tiny, furry head with enormous black eyes. It ejected the gas again, propelling the little furball nearer, until it floated just outside of his helmet. It had a mouth. Black, razor-sharp teeth spilled out—so many and so large were the teeth that Jack couldn’t figure out how they all fit inside its mouth. A red tongue spilled out and swiped Jack’s helmet, leaving a trail of mucus that obscured his vision. Jack finally bumped against the room’s wall, stopping his short flight. The thing stopped in front of his helmet and licked him again.

The speakers inside his helmet clicked.

“You’ve got to hurry, Jack. The root’s getting so big that it’s about to take out Cafe Diem. If the town stops getting free cappuccinos, it’s going to be utter bedlam!”

Jack shuddered at the thought. “I’m on it!”

He pushed off from the wall, sending him floating back toward the metal box. The lessened gravity made his movements clumsy and awkward, and instead of landing on his feet as he intended, he smacked head-first into the floor.

“I need to get the hang of this space stuff,” Jack said. He pulled the box upward, lifting it off the floor, then pushed it straight ahead.

“Remember the map I showed you,” Henry said. “There’s only one exit. Take the box down the hall and enter the first floor hatch you see—and hurry. We don’t have much time.”

Jack pushed the box into a narrow hall with a high dome ceiling that was covered in the same silvery stuff. The glowing peach-colored lights seemed stronger here, providing better visibility. The hall was bare and mostly straight, and stretched out such a great distance that he could actually see the curve of the moon. The pink furball floated over Jack’s shoulder and coasted down the hall a few feet, then ejected more gas to stop. The furball turned, tongue lolling from its mouth, waiting for its new friend.

Jack took a tentative step forward, trying to get used to the slow, bouncing movement.

The furball licked his helmet again in acknowledgement.

He continued down the hall, past overhead hatches and closed side doors. After about fifty feet, he finally came to the floor hatch. At least, he thought it was a hatch. It was a rectangular panel depressed in the floor. The wheel to open the hatch was on the wall next to a black button.

His helmet speakers clicked. This time, they spewed static.

“I’m here,” Henry shouted, “but not for much longer! The root’s out of control. Half the town is trapped up in the air now.”

“I made it to the hatch. There’s a wheel and a button. Which one do I use?”

“You’ll have to speak up! The root has punctured through the Global Dynamics building and the whole building’s coming down around me. You’ve got to get through that hatch or the whole town is finished!”

He pushed the button. There was no sound, but he saw the building shake. The pink creature darted away, back down the hall from which it had come. The floor panel began to slide open, exposing an inky black something that should have been nothing. It was definitely something, Jack thought, but disguised as nothing. Whatever it was, Jack thought it was terrible.

His legs flew backward, sucked toward the blackness. Jack screamed. His fingers latched onto the small wheel.

“What’s going on, Jack? You turned the wheel, right? Tell me you didn’t press the alien button. You should never press an unmarked button. Everyone knows that.”

The metal box spun and was sucked through the hatch. It instantly disappeared.

Jack knew that there was only one way to save Eureka and it involved getting that box back. And the only way he could get that box back was to go through the hatch and face the terrible blackness.

Jack let go of the wheel.