Happy Mother’s Day to all our mothers out there, and happy Snake Plissken Month! I hope everyone’s feathered hair is holding up.

Last week we started a Mad Mashup, which is our version of “Mad Libs.” But in honor of Snake Plissken Month, we Snake-d it.

Anyway, this week we’re going to continue Snake Plissken Month with a little group participation in our very own Plissken-themed Mad Mashup! 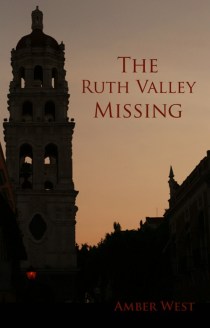 Last week we started a new Mad Mashup, which is our own version of a “Mad Lib” style game—except our name is better because I don’t go to jail! I choose a book to “mash up” and remove a few of the words. Without having any insight into the text, you provide a random set of words. I put the words into the text. Hilarity ensues.

Last month, we played a game based on “Mad Libs.” I took an excerpt from a fantasy novella called Dreamwalker, removed a few words, and let you fill in the blanks.

The result was amazing.

Based on the comments and tweets that I received, you guys had a great time playing, so we’re going to make this a regular segment. However, we can’t call it “Mad Libs” since that’s a trademark name, so I asked you all for suggestions. Erma Gerd had the simplest suggestion with “Mad Mashup,” which a few people liked, so that’s what we’re going with. Runner-up names were “Crazy Ad Lib Crazy Novel Wacky Novel Holy Word Replacements Batman! Jen Takes Words out of a Novel and You Put New Ones In” from Brian Ronk and “Phat Phonics Dench Impromptu Dench Verses Mad Sub Verses” from John McBurney.

Mad Mashup it is!

This week, we started a new series inspired by “Mad Libs.” It occurred to me, two days later, that I never explained to you what “Mad Libs” are. Most of you knew. Some of you, surprisingly, did not.

Here’s how the game is played: I pick an excerpt from a book and remove a handful of random words. Without showing you what the excerpt is, I tell you what kinds of words I need. You give me words, which I then place into the paragraph. Then you read it. If the words are good, it’s funny and we play again.